We recently had to rehome of our rooster “Storm” because he was a bit too good at being a rooster. He protected his ladies too well and attacked the kids when they were collecting eggs. We were very sad about this and tried to remedy to situation, but sadly we weren’t successful.

We took Storm back to the breeder and swapped him for Frosty, our new rooster.

Long story short, we wanted some of Storm’s babies, so into the incubator went some of the eggs fertilized by him.

21 days later we had the best science experiment ever…getting to see life emerge. 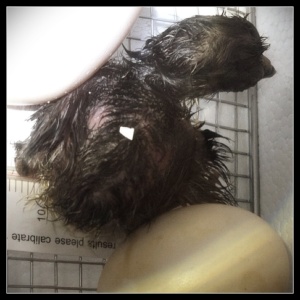 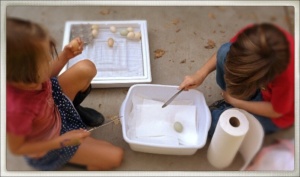 …but then we discovered two chicks that were well on their way. It was sad for the kiddos and they wanted to bury the chicks.

You can see one dyed before it’s yoke sack was absorbed into it’s abdominal cavity…but the other chick was ready to hatch and never pipped or unzipped for some unknown to us reason.

It was a good science lesson on how delicate life is.

The kids decided they needed to bury the chicks at the base of a tree, so they can climb up to the top and learn to fly. And because according to my daughter it takes a year to get to heaven and well the flight journey there is a long way. She’s pretty sure heaven is on a planet not discovered by humans yet.

Each one decided to add some sort of token for their journey before we buried the little peepers. 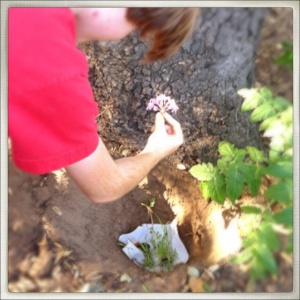 Then we came inside to celebrate the life of 8 baby chicks that did hatch. 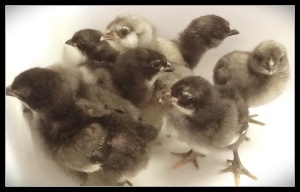 Could we be lucky enough to have 8 HENS??? Lol…against the odds, but we are hoping for all hens! Frosty (our roo) doesn’t need any competition. 🙂

It would be nice to add some more grey/blue to our colorful flock. 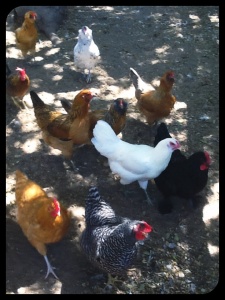 Ideally I’d love for the flock to have a plethora of colors and variations. I think when we incubate some of Frosty’s offspring we will get to add even more variety. 🙂

Homeschool Science Rocks…it’s hands on thru the entire process!